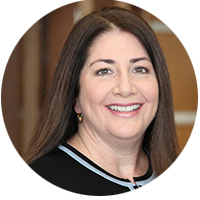 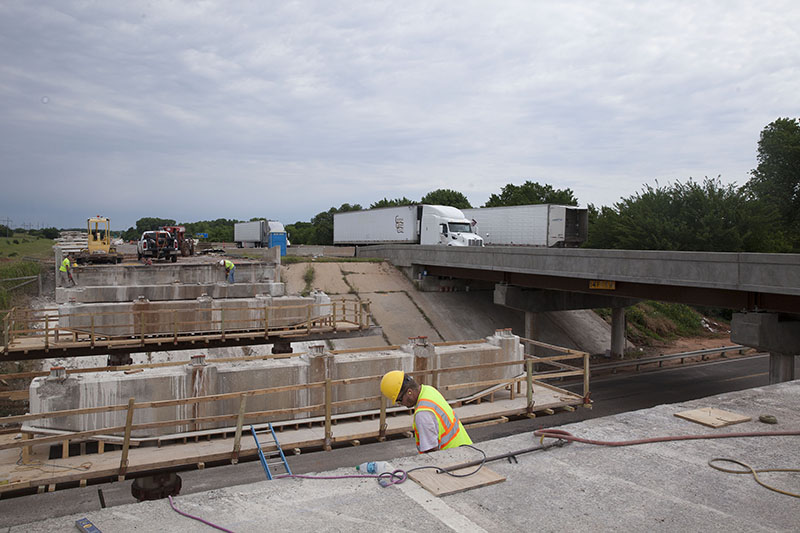 Image Caption Title #1: Interchange Construction
Image Caption #1: In the 1990’s, straight out of graduate school, Flanagan spent four years planning and designing an interchange on I-35 in Kansas. She currently Erin leads and manages research and analyses projects related to state and federal transportation programs in the the U.S.
Alumni Image #2: 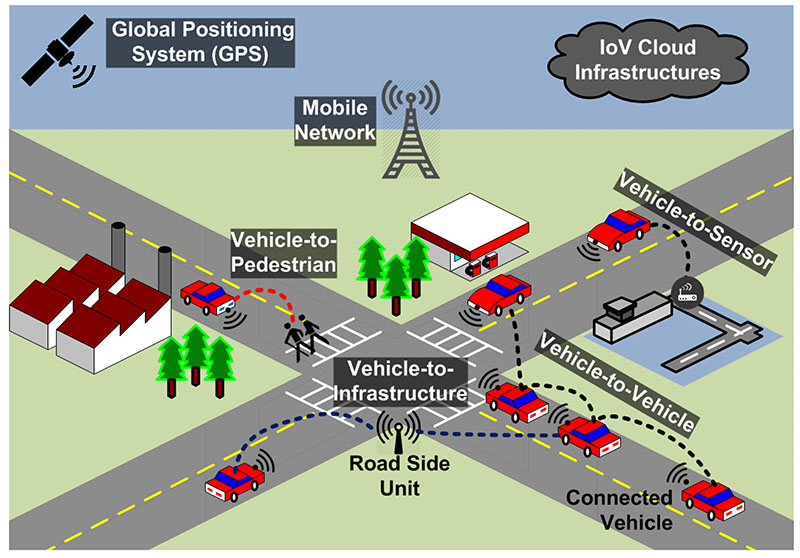 Image Caption Title #2: Large Scale Intelligent Transportation Systems
Image Caption #2: As Principal at Cambridge Systematics, Inc., Flanigan is a leader in research and analysis of transportation operations, intelligent transportation systems, and planning/program development. In 2008, she led a study to develop a Report to Congress on the feasibility of installing fiber optic cabling and wireless communication infrastructure along multistate Interstate System Corridors for improved communications services to rural communities. 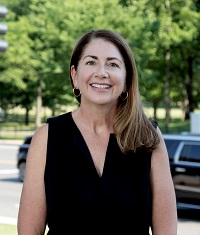 Flanigan earned a master's degree under the supervisior of Dr. C. Michael Walton. Since her graduation in 1994, she has recognized and exercises the needs of and benefits to giving back to the university.

After graduation, Flanigan spent four years planning and designing an interchange on IH-35 in Kansas.  She was later a Manager of ITS Services at TransSystems Corporation where she was responsible for ITS related development and projects and was the project manager of the Kansas Statewide ITS Plan which won a national “best of” award at the ITS America Annual Meeting.

She joined Cambridge Systematic, an independent transportation consultancy firm, in 2006 and a year later was promoted to Principal. Currently, she spends a majority of her work day managing a $100 million dollar contract for the Federal Highway Administration.

Flanigan has remained actively engaged with the department, regularly mentoring students and serving four and a half years on the CAEE External Advisory Committee. She was also one of the founders of the Transportation Engineering Endowed Excellence fund and is now the external principal of this important fund that provides program support to the department.