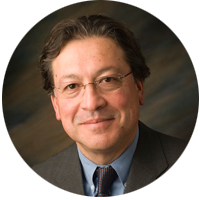 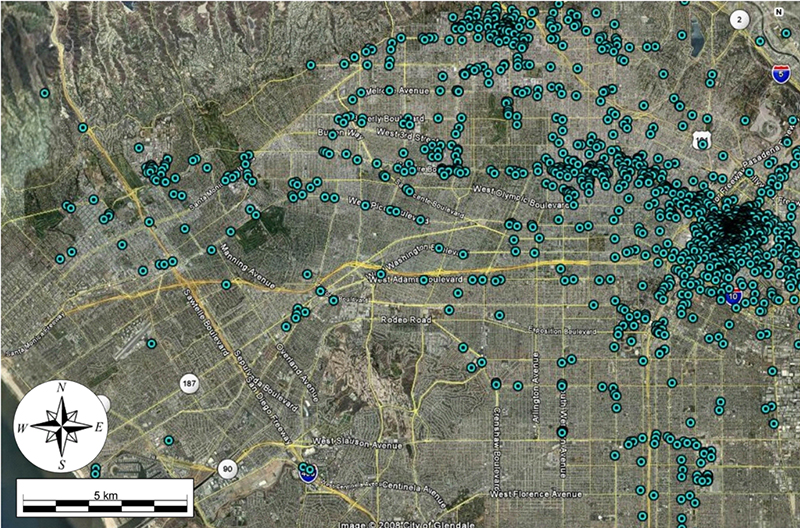 Image Caption Title #1: City of Los Angeles Inventory
Image Caption #1: One of the initiatives of the Network for Earthquake Engineering Simulation (NEES) that Ramirez oversaw as center director was mitigation of collapse risk in vulnerable concrete buildings. The city of Los Angeles was the testbed for their project.
Alumni Image #2: 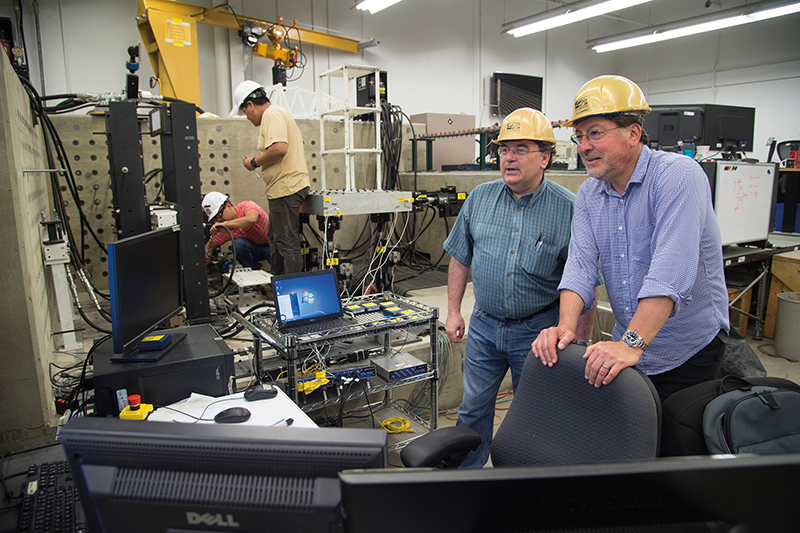 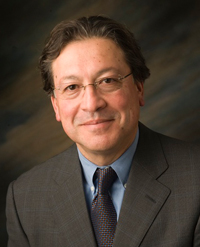 Julio Ramirez has had an outstanding career as a university educator, researcher, and National Science Foundation Center Director. He has received numerous national awards for his teaching, research and service to professional organizations. He has made many lasting contributions to the structural engineering profession, particularly in the field of earthquake engineering.

Experiencing earthquakes as a child instilled a lifelong curiosity as to how people and buildings survive the earth’s tremors. He chose concrete as one of the three picks for an assistantship.  That choice and studying under the guidance of Professor John Breen were career door openers for Ramirez. Throughout his career, he has focused on shear response of reinforced and prestressed concrete structures.

From 2009 to 2014, Ramirez served as director for NSF's George E. Brown Jr. Network for Earthquake Engineering Simulation (NEES), a $105 million grant aimed at mitigating earthquake damage. The impact of NEES has been felt on the development of future earthquake engineering researchers as well as practicing engineers.

In 2016, Purdue University was awarded a five-year, $4.1 million grant by the National Science Foundation to help coordinate a national initiative aimed at minimizing damage to physical civil infrastructure.

The community of NEES researchers, educators, and students encompasses a large group of universities, industry partners, and research institutions in the United States and abroad. Already, more than 4,000 citations of NEES work bear testimony to the efforts of the NEES community.

To date, more than 400 multi-year, multi-investigator projects have been completed or are in progress at NEES sites. These projects have produced a wealth of valuable experimental data and continue to produce transformational research and outcomes that impact engineering practice from analytical models to design guidelines and codes.

In addition, Ramirez serves on code-writing committees and has testified before Congress, emphasizing the crucial value of reinstating federal research funding devoted to mitigating earthquake damage to the nation’s infrastructure.