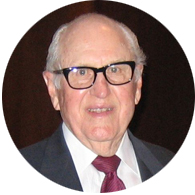 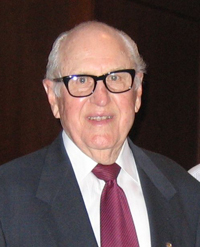 Dr. Lymon Reese has done extensive research in the field of geotechnical engineering, principally concerning the behavior of deep foundations. He has conducted pioneering work in performing field studies with instrumented piles and drilled shafts, and has developed analytical methods now widely used in the design of deep foundations. He has authored over 400 technical papers and reports, and presented numerous invited lectures and talks around the world.

Among his publications are two manuals he prepared for the Federal Highway Administration: the "Handbook on Design of Piles and Drilled Shafts Under Lateral Loads," in 1984, and the "Drilled Shafts, Construction Procedures and Design Methods," in 1988. His invited lectures include Keynote lectures at the International Conference on Calcareous Sediments in Perth, Australia, in 1988, the International Geotechnical Seminar on Deep Foundations on Bored and Auger Piles, in Ghent, Belgium, in 1988, and the Second Symposium on Geotechnical Problems in Saudi Arabia at King Saud University in Riyadh in 1989.

Dr. Reese was elected to the National Academy of Engineering in 1974, and was elected an Honorary Member of ASCE in 1984. From the University of Texas, he received the Joe J. King Professional Achievement Award in 1977 and was selected as a Distinguished Engineering Graduate in 1984. He was the first person to become an Honorary Member of the International Association of Foundation Drillers in 1984 and he received the Offshore Technology Conference Distinguished Achievement Award for Individuals in 1985.

Dr. Reese spent three years on the faculty at Mississippi State University before joining the faculty of UT in 1955. He was Chairman of the Department of Civil Engineering from 1965 until 1972, and Associate Dean of the College of Engineering from 1972 to 1979. He continues at UT as the Nasser I. Al Rashid Chair Emeritus and Professor of Civil Engineering, and lectures in undergraduate, graduate, and seminar courses.