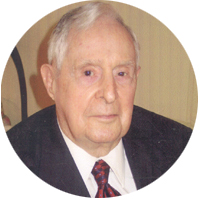 Luther DeBerry was born in Bogota, Texas on May 7, 1914. He finished high school in Bogota in 1931 and entered the University of Texas at Austin engineering school in September 1931. Mr. DeBerry worked part-time while a student at UT Austin and received his BS in Civil Engineering in 1937. He then became employed with the Texas Highway Department in the Paris District, working in various counties in that district until 1942. He took a leave of absence from his job and worked for the U.S. Corp of Engineers for two years, and then served two more years as a deck officer in the U.S. Navy.

the American Association of State Highway Officials highest awards. He served one term as President of the Western Association of State Highway Officials. He received the Thomas McDonald Memorial Award for outstanding service in highway engineering, and also the George Bartlett award for outstanding contribution to highway progress.