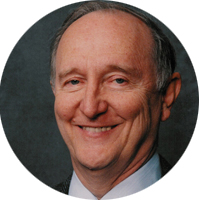 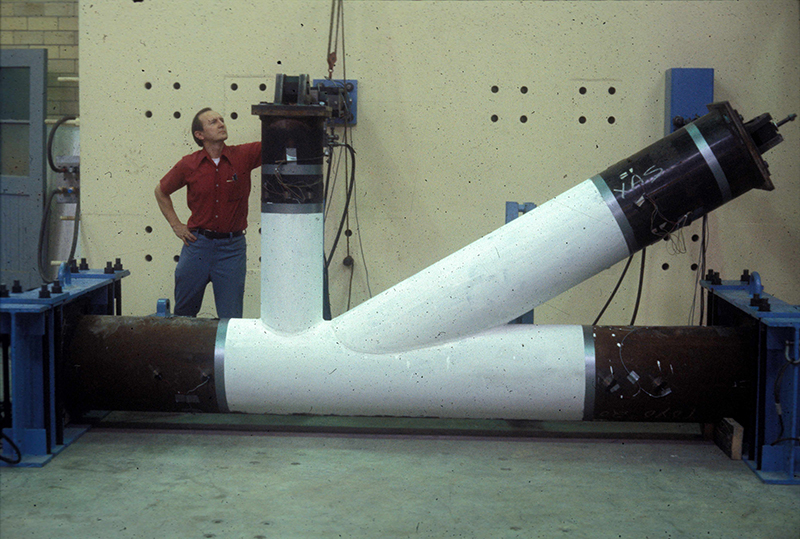 Image Caption Title #1: Tubular Joint
Image Caption #1: To this day, Yura’s research on the design of steel tubular members and connections for offshore oil platforms is the basis of design specifications used in the U.S. and abroad. At UT, Yura taught over 3,000 undergraduate and graduate students during his career, and is most proud of his excellence in teaching awards he received.
Alumni Image #2:

Image Caption Title #2: Steel Bracing
Image Caption #2: Yura is a leading authority in the world on bracing for stability. He developed a very popular short course for practitioners on bracing and stability that has been presented to over 4,000 engineers in the US and Canada. The course was based on his 30 years of his research. 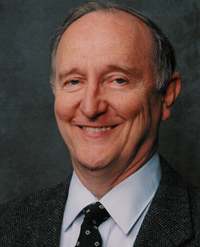 Throughout his career of 40+ years, Joe Yura had an enormous impact on the structural engineering profession through dedicated teaching and in the areas of steel design, stability, structural connections and offshore structures. A National Academy of Engineering member, his research contributions are wide-reaching and have impacted design specifications for buildings, bridges and offshore oil platforms.

He was born in Hazleton, Pennsylvania and he received his engineering education at Duke University (BSCE), Cornell University (MS in Structural Engineering) and Lehigh University (PhD in CE). Through his teaching both at the University and through professional continuing education programs, he has educated thousands of students and has been given numerous awards for his teaching and research related to steel structures.

Yura joined the faculty at the University of Texas at Austin in 1966. Before retiring in 2005, he held the Cockrell Family Regents Chair in Engineering.

Yura has lectured internationally on a variety of topics related to structural steel and is considered the leading authority in the world on bracing for stability. The short course on this topic that he co-developed, has been presented to over 4,000 engineers in the U.S. and Canada.

Additionally, Yura has made numerous major research contributions that have advanced the state-of-the-art and practice in structural steel design. His research has also left an indelible impact on the American Institute of Steel Construction (AISC) Specification. He has also made substantial research contributions in the areas of plastic design, bolted connections, beam behavior, coped-beams, tubular joints, and structural stability and bracing.

In 2000 he was inducted into the National Academy of Engineering for his work on bracing and stability. He has also been elected to the Offshore Technology Hall of Fame for tubular joint design and recently received the rare Geerhard Haaijar Award for Excellence in Education from the AISC.