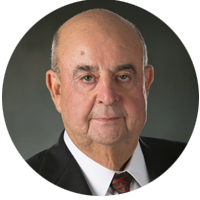 Image Caption Title #2: End Hunger New Offices and Warehouse - Houston, Texas
Image Caption #2: During the 1986 economic downturn in Texas, Metzger established his own construction firm. Since its inception, Metzger Construction has completed over 200 major projects and numerous tenant build-outs and smaller projects, all with a total volume of more than $850 million. 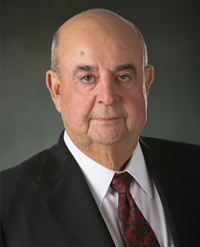 A native of Fredericksburg, Texas, Jim Metzger is a highly-respected leader and contributor to the commercial and industrial construction industry. Now the President and CEO of Metzger Construction Company, he paid for his college tuition by working on pipeline construction while he was out of school for the summer. His company is a Houston-based general contractor with over 35 years of experience in the Greater Houston area and across the nation.

Metzger always planned to have a career in construction. After earning his B.S. degree, he worked as a surveyor, field engineer, project engineer, and project manager on projects related to railroads, buildings, chemical plants, locks and dams, and nuclear power plants.

From 1963-78, he worked for C.H. Leveall & Co. where he achieved the position of senior V.P. and COO for the Dallas-based construction company. During his time at the firm, he also served project manager for a portion of the McClellan-Kerr Arkansas River Navigation System and was construction engineer on nine of the first thirteen buildings of the manned NASA Space Center in Houston.

In 1978, Metzger was named president of IBS Contractors in Houston, specializing in medium-rise office buildings, retail, warehouses and industrial facilities in Texas and New Mexico.

Along with a partner, he established Metzger Construction in 1986 and eventually expanded to 10 other states in addition to Texas. The company is now listed as one of the top 125 contractors in the Lone Star State. Metzger Construction was also one of the first to construct large tiltwall structures using job cast insulated concrete “sandwich wall panels”.

Metzger is an active member of the Littlefield Society, Chancellor’s Council, and President’s Associates. He is a member of the University of St. Thomas Development Committee and a Life Member of ASCE. In 2011, he was named a Distinguished Engineering Graduate of the Cockrell School of Engineering.