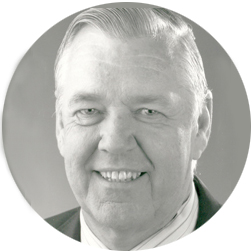 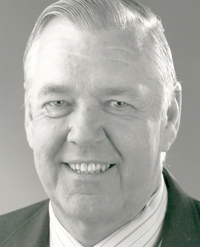 William Garbade was born in Shiner, Texas in 1942. He graduated with a BS in Civil Engineering in 1965 and began his 38-year career with the Texas Highway Department as an Engineer Assistant in the Seguin Residency. A year later, Mr. Garbade was drafted into the U.S. Army for a two-year tour in Vietnam as a Terrain Analyst.

Upon returning to the Texas Highway Department, Mr. Garbade was assigned large-scale projects in the Seguin, Pearsall and San Antonio Residency offices. Over the years, he has served the highway department in numerous capacities and has played a major role in some of the most monumental improvements in the Central Texas transportation infrastructure. In 1986, he was promoted to the position of State Engineer for Maintenance and Traffic Operations where he had oversight for all roadway maintenance, traffic safety programs, traffic operations, and landscaping/capital building improvements.

Mr. Garbade began his final assignment with the Texas Department of Transportation in 1987 as Austin District Engineer where he guided development of a comprehensive transportation system for the 11 county Central Texas area until his retirement in 2003. During this time of explosive population growth, Mr. Garbade oversaw major expansions to US290/Texas 71, US183 and IH-35 which significantly increased the capacity of those roadways. He also participated in the Policy Advisory Committee of the Capital Area Metropolitan Planning Organization (CAMPO).

Throughout his tenure in the Austin District, Mr. Garbade maintained relationships with the faculty and students of the Civil, Architectural and Environmental Engineering Department by collaborating on research and by providing a real world laboratory close to the University of Texas campus.