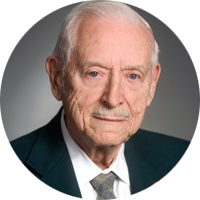 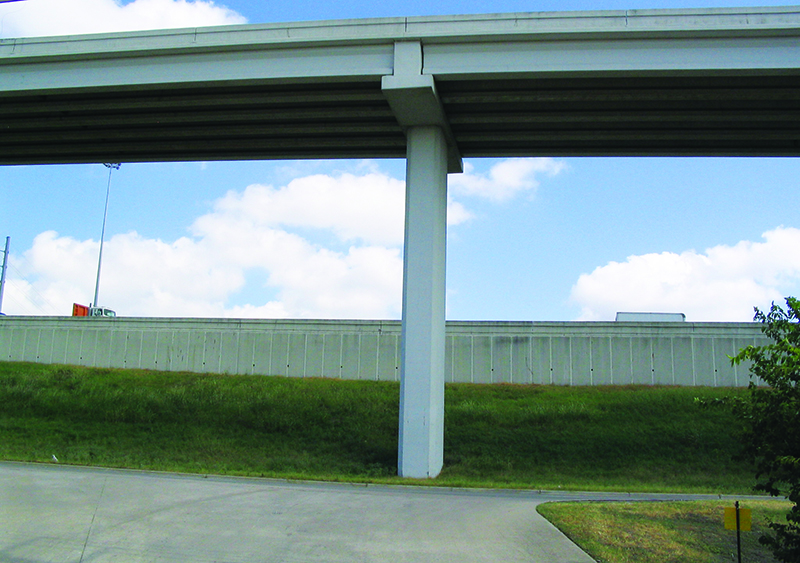 Image Caption Title #2: Inverted T-Beam
Image Caption #2: Professor Richard Furlong’s studies at UT of inverted T-beam bent caps, earned the Ray Reese Award from the American Concrete Institute. The caps are devices used around the country in order to remove some of the visual clutter from beneath bridges at interchanges. 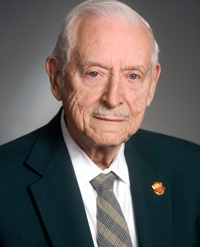 Richard Furlong joined the University of Texas at Austin faculty in 1958 after a six-year apprenticeship designing bridges and building structures in St. Louis. During his distinguished career, many of his contributions to the field of structural engineering have been widely recognized. Dedicated to improving design practice, he has given more than 200 seminars and has created numerous design aids for structural engineers.

His research and writing brought advancements to composite column design during the last third of the 20th Century. Dr. Furlong’s work in the design of composite columns helped make them important components of earthquake-resistant building frames and bridges. His research on biaxial bending of columns, column slenderness and inelastic behavior of frames contributed to improvements in design specifications for both steel and concrete structures. In addition, his studies of inverted T-beam bent caps also earned the Raymond C. Reese Award from the American Concrete Institute (ACI), while his numerous design aids for concrete structures have been part of the ACI Handbook for 25 years.

After service on the Board of Directors of both ACI and the American Society of Civil Engineers (ASCE), he was elected President of the Texas Section ASCE in 1997. He was recognized as an Honorary Member of ASCE in 2001. In 2004, Dr. Furlong was awarded the ACI’s Educational Activities Committee (EAC) Speaker of the Year Award. The award is in recognition of his efforts in establishing one of the most successful ACI seminar series, “Reinforced Concrete Design”, and for his many years as an instructor in cities across the United States.