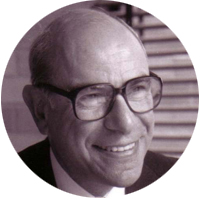 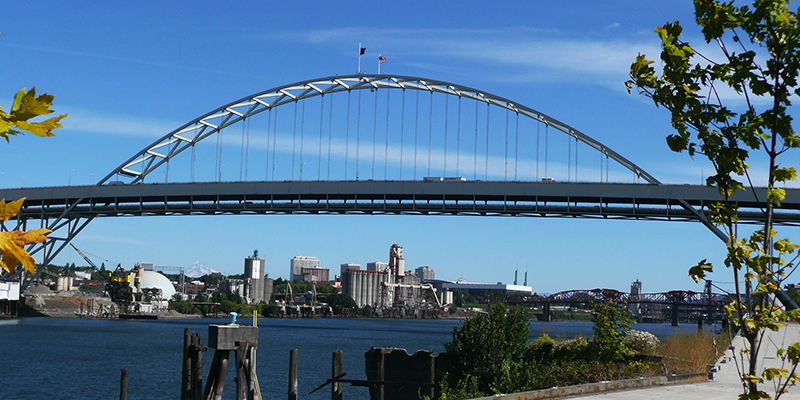 Image Caption Title #1: Fremont Bridge - Portland, Oregon
Image Caption #1: Erzurumlu is an accomplished technical consultant to industry and government and award-winning researcher in structural fatigue. Erzurumlu was a consultant in the erection phase of the 900-ft long center arch span of this tied-arch bridge. It has an orthotropic upper deck and spans 1256 ft. between it’s piers. This unique erection scheme involved off-site assembly and transportation to the job site by two barges. The 6000-ton center arch was raised vertically 160 ft. into position with 32 hydraulic jacks.
Alumni Image #2: 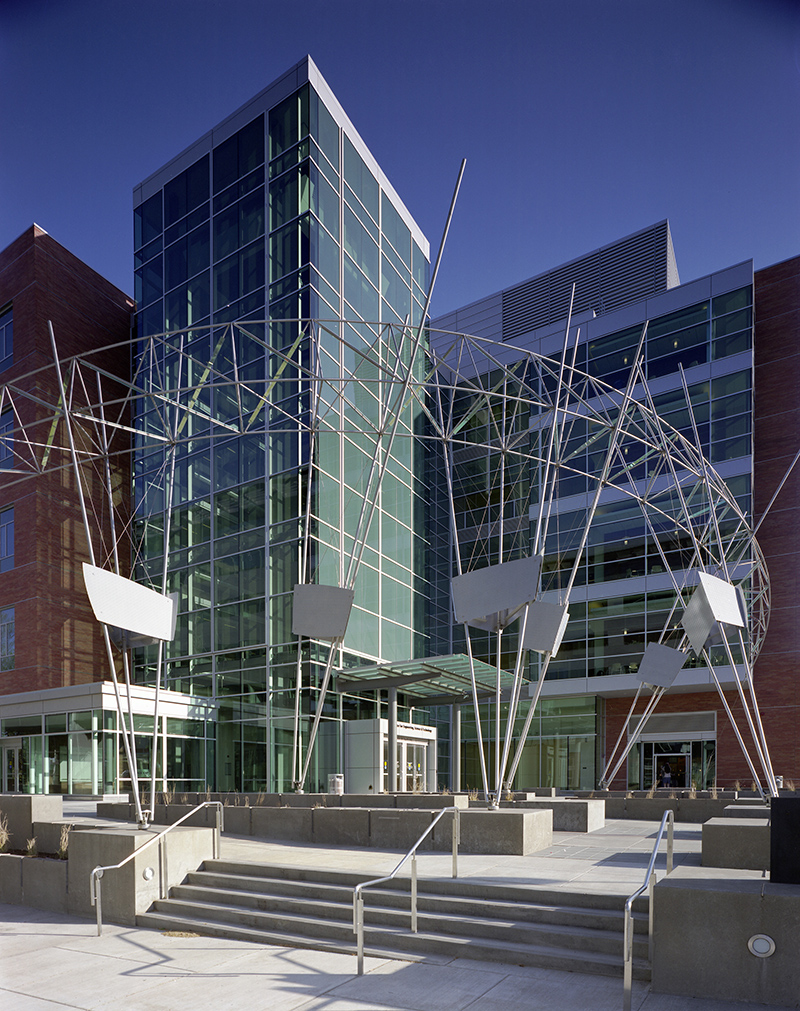 Image Caption Title #2: Portland State University Engineering Tower - Portland, Oregon
Image Caption #2: Erzurumlu is the Founding Dean of the College of Engineering at Portland State University. In this role, he was instrumental in proposing the initial conceptual design of the tower, tirelessly promoting its construction and assisting with its design and fundraising. The $71M complex provides state-of-the-art facilities for the growing engineering and computer science programs at PSU. 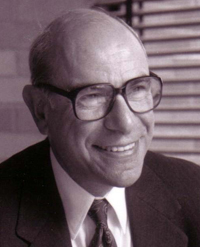 Chik Erzurumlu is the Emeritus Dean and Professor of Civil Engineering at Portland State University (PSU). As the founding dean of the Maseeh College of Engineering and Computer Science, he has provided a guiding influence in transforming a pre-engineering program at PSU into a comprehensive college of engineering that now enrolls over 2,000 students in BS, MS, and Ph.D. degree programs. He has made lasting contributions to students through his dedication to engineering education.

Erzurumlu's connection to UT Austin began in 1960.  After completing a five-year professional degree in civil engineering in his come country of Turkey, he came to UT to pursue graduate work in structural engineering. After receiving his master's degree, he joined Portland State as an engineering instructor. During the next six years, he discovered a love for teaching, and decided  to work on his PhD back at UT.

Inspired by his mentors and colleagues at UT Austin, he has adopted a strategy involving teaching excellence, research productivity, and service to the institution and the profession during his tenure at PSU. He became interested in academic administration and after serving as head of the Civil-Structural Engineering Department, he was appointed as dean of PSU’s newly established School of Engineering and Applied Science in 1980.

In the area of scholarly activities and consulting, Erzurumlu has published in numerous journals and made presentations on topics ranging from structural engineering to professional practice. He has been a frequent invited speaker and panelist at the programs of technical, professional, educational and civic groups.

He has been active in the American Society of Civil Engineers (ASCE) and the National Society of Professional Engineers (NSPE) serving in leadership positions at the local and national levels. These include the presidency of the ASCE Oregon Section, chairmanships of ASCE Administrative Committee on Bridges and NSPE Professional Engineers in Education, as well as service on the NSPE Board of Directors and the Engineering Accreditation Commission (EAC) of ABET.

Perhaps the most surprising recognition came in 2004 when, as part of an $ 8 million gift to the College by Dr. Fariborz Maseeh, he was honored by the establishment of an endowment to name the Deanship of the College as the H. Chik M. Erzurumlu Dean. In 2007, he was named a Distinguished Engineering Graduate by the Cockrell School of Engineering.