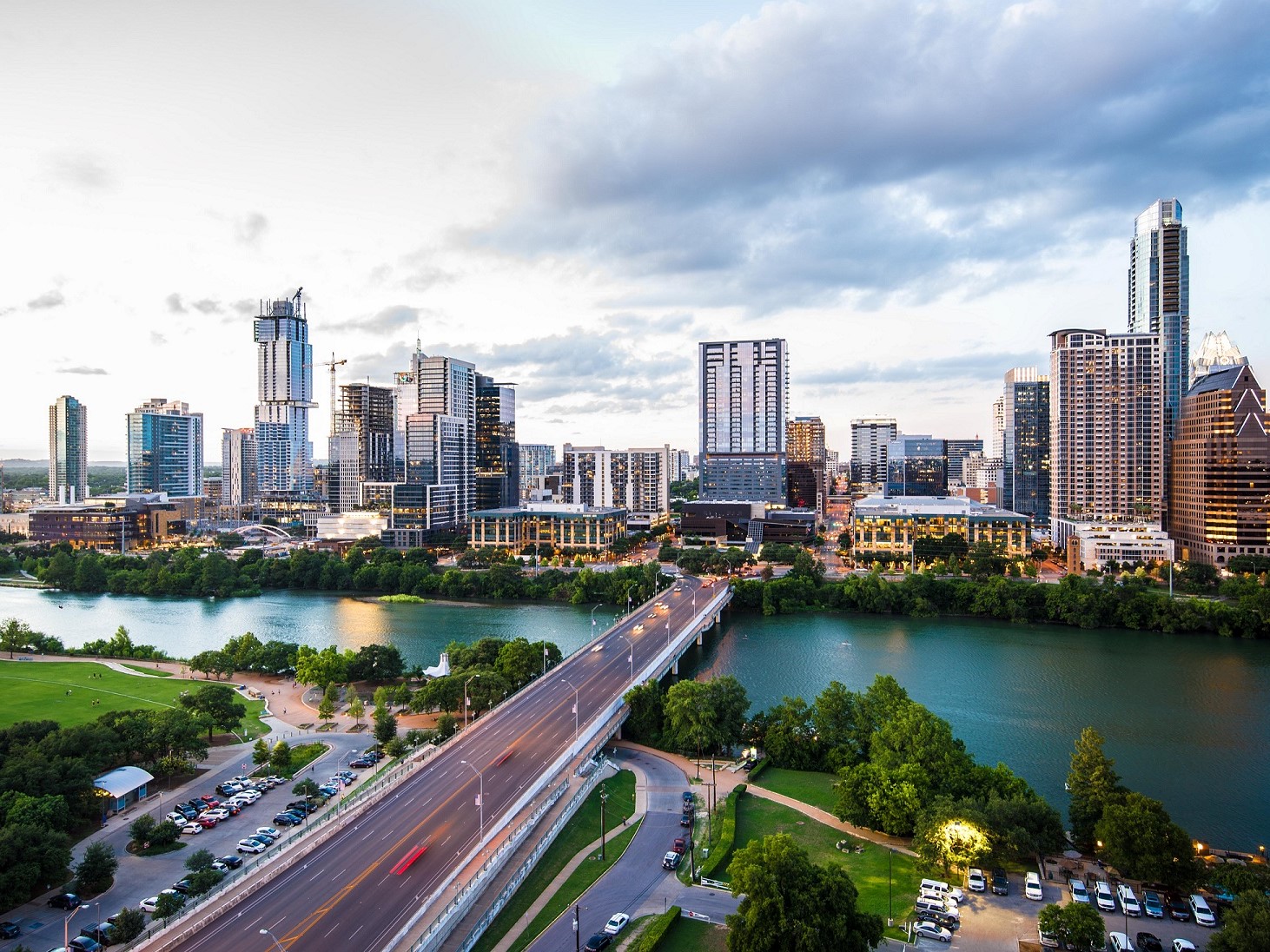 The complex problems surrounding the nexus of cities, water, and energy will challenge engineers for decades, and we are leaders in developing innovative solutions.

We are in the middle of a multi-century shift in the way humans live, and CAE engineers are developing and testing new ideas for sustainable infrastructure in this increasingly urban world. The faculty in the Department of Civil, Architectural and Environmental Engineering (CAEE) at the University of Texas at Austin believe that the complex problems surrounding the nexus of cities, water, and energy will challenge CAE engineers for decades, and we aspire to be leaders in developing innovative solutions to these problems. Indeed, what starts here will change the world.

The 20th century ended several millennia of mankind’s expansion by conquest, and subsequent population pressures have caused the largest mass migration from rural to urban areas in history. Worldwide, the urban population has already surpassed the rural population. Furthermore, by 2050 more than 64% of the developing world and nearly 86% of the developed world will likely live in urban areas [1]. In the US, only 56% of the population lived in urban areas in 1940 [2], but more than 82% do so today and 90% are expected to by 2050 [1]. Closer to home, Texas is arguably the greatest contributor to urban growth in the US based on a number of statistics; for example, from July 2011 to 2012 five of the ten US cities with the largest population increases were in Texas – Houston, San Antonio, Austin, Dallas and Ft. Worth [3].

Why the nexus of cities, water and energy?

Water makes life possible, energy makes cities possible, and cities allow our planet to support its growing population. The engineering grand challenges for the 21st century lie at the nexus of these three areas. Growth stresses the built infrastructure and engineered systems within our cities, providing opportunities for innovative strategies and technologies to improve performance, efficiency, and reduce costs – which are key motivations for CAE engineers. But cities are more than just collections of buildings and people – they are centers of regional transportation networks with interlocking energy networks and water treatment/wastewater systems, which prevent cities from becoming centers of cholera, typhoid, and dysentery.

Water and its connection to cities and energy

Water – both in sufficient quantity and quality – is the keystone for human life. This seemingly free and infinite resource falls from the sky, runs across the landscape, and can be pumped from the ground, but is now understood to be close to its finite limits for many cities around the world. CAEE engineers are developing new strategies and technologies for understanding and mitigating effects of episodic swings from severe drought with water rationing to flooded streets with hillside failures that destroy neighborhoods. Water supply issues include conservation, reuse of treated water, and development of desalination methods. Urban water supplies are intimately connected with energy, as the energy for pumping water and wastewater for houses, business, parks, and industry is a significant portion of a city’s energy costs.

Energy and its connection to cities and water

Cities require energy to run the transportation and communication networks, to pump water to users and wastewater away for treatment, as well as for the lights, heating, and cooling that make it possible to build cities from equatorial Singapore to Reykjavik near the Arctic Circle. Energy conservation measures are important for advanced building designs to minimize operational costs and improve sustainability. CAE engineers are also involved in designing and innovating the infrastructure required for energy development and generation, along with the storage and treatment of associated waste. Transportation networks have energy implications, and CAE engineers are working on innovative approaches to improve traffic flow and reduce energy waste. Energy is also connected to water in many advanced technologies; water reclamation and treatment strategies can be energy intensive, and power generation itself is recognized as a major water user [4].

The infrastructure of a city includes its buildings, transportation network, water network, and energy network. Design and innovation in each area can have impacts across other areas, especially as new ideas reduce energy use, construction costs, or make infrastructure more survivable in hurricanes, floods, and earthquakes. Such issues are important to CAE engineers because our cities are not static – they are growing. Growing cities require new infrastructure to handle the increasing population and stresses on the existing infrastructure, which was rarely built with adequate foresight of the rate of population increase. Overloading of older infrastructure is made more problematic by decades of underinvestment in maintenance and technology. The American Society of Civil Engineer’s most recent review of the state of U.S. infrastructure led to a grade of D+ across numerous categories, including several poor grades for infrastructure related to water, energy, and urban transportation systems [5]. We see opportunities for innovation and improvement as this infrastructure is repaired, replaced, or upgraded in the coming decades.

Connections across the CAEE department and the world

There are important and emerging connections between these themes that underscore opportunities for innovative city-scale, systems-based approaches to dealing with emerging issues of urban growth. These connections offer opportunities for inter-disciplinary collaboration for faculty and students within CAEE, across the University of Texas, and around the world. These themes represent core strengths of expertise of today’s CAEE faculty. We are well-poised to develop and continue our leadership in these three thematic areas and their connections in the future. These issues are neither short-term nor driven by the latest “hot topic” – these are problems, issues, and societal needs that have developed slowly over the past 50 years and will continue to challenge CAE engineers well into the 21st century.

To affirm its commitment to leadership, value-added education for our students, and societal solutions to related problems, the cross-cutting themes described above will play a major role in several future endeavors of CAEE. These include: